Home Prices Reach Another All Time High in June 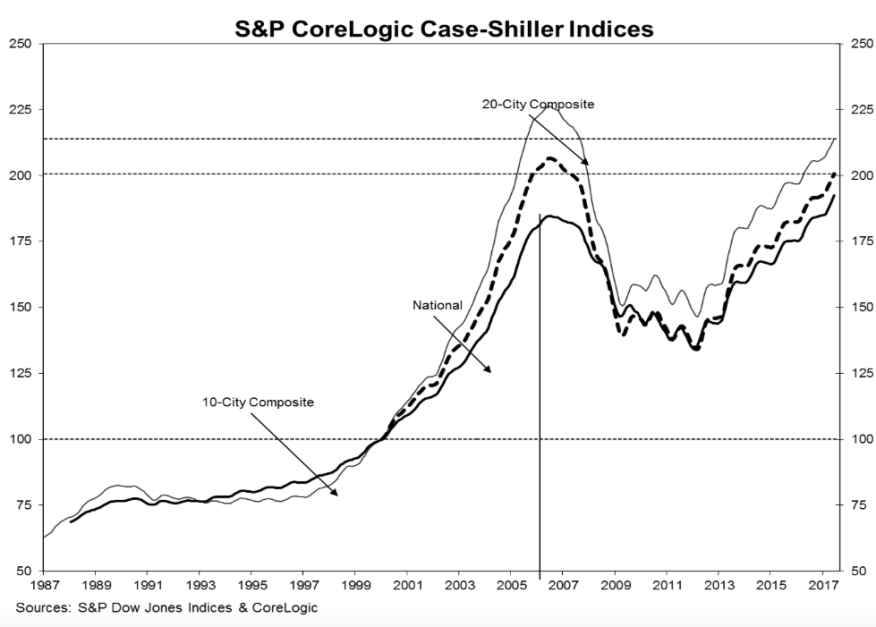 “The trend of increasing home prices is continuing,” says David M. Blitzer, managing director and chairman of the Index Committee at S&P Dow Jones Indices. “Price increases are supported by a tight housing market. Both the number of homes for sale and the number of days a house is on the market have declined for four to five years. Currently the months-supply of existing homes for sale is low, at 4.2 months. In addition, housing starts remain below their pre-financial crisis peak as new home sales have not recovered as fast as existing home sales.”

“Rising prices are the principal factor driving affordability down. However, other drivers of affordability are more favorable: the national unemployment rate is down, and the number of jobs created continues to grow at a robust pace, rising to close to 200,000 per month. Wages and salaries are increasing, maintaining a growth rate a bit ahead of inflation. Mortgage rates, up slightly since the end of 2016, are under 4%. Given current economic conditions and the tight housing market, an immediate reversal in home price trends appears unlikely.”

Thank you for contacting us, we'll get back to you shortly.

Sorry, we are unable to send your message at the moment. Please try again later.